David L. Cohen is Executive Vice President of Comcast Corporation and was photographed in the lobby of the company's new headquarters in Philadelphia on April 11, 2008. Before assuming this position in July of 2002, Mr. Cohen served as a partner in and Chairman of Ballard Spahr Andrews & Ingersoll, LLP. From January 1992 to April 1997, Mr. Cohen served as Chief of Staff to the Honorable Edward G. Rendell, the Mayor of the City of Philadelphia. As detailed in the book A Prayer for the City, written by Pulitzer-Prize winning author Buzz Bissinger, Mr. Cohen played a critical coordinating role in significant budgetary and financial issues, in economic development activities, in collective bargaining negotiations, and in a wide variety of other policy and operational issues relating to the city. 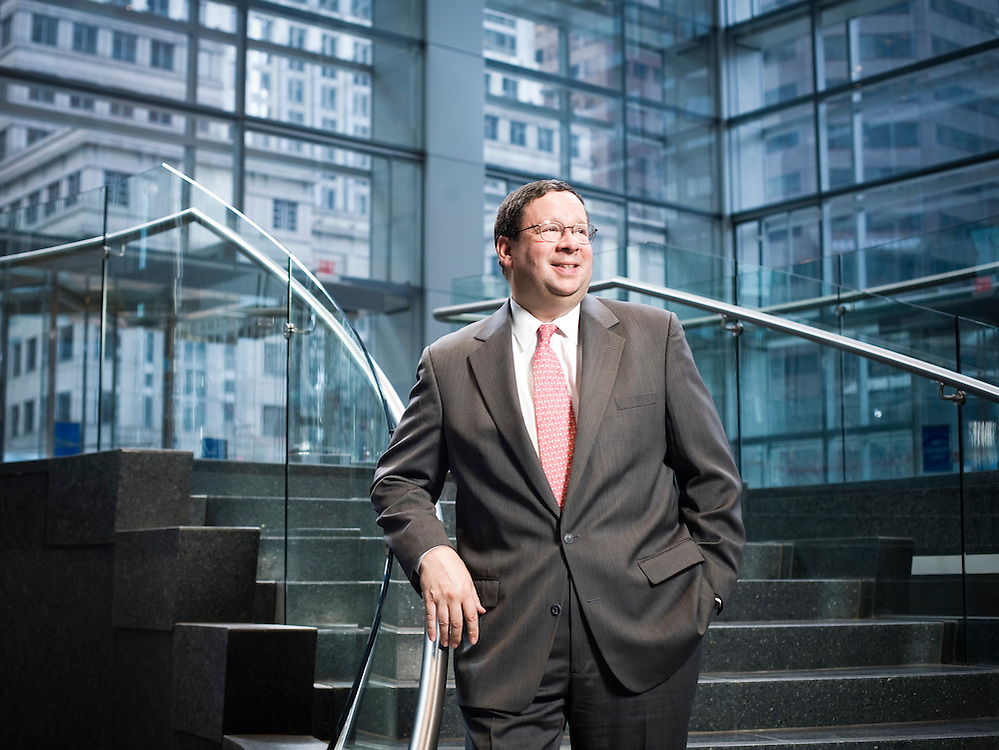